Spread the love
Please check my availability with my Manchester based agent, Unit One Entertainments on 0161 7888 444 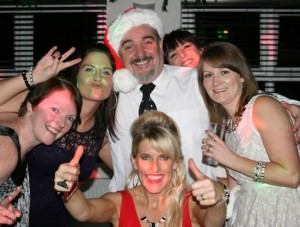 What or who is “Double Decks”

Hi folks, if your looking for Wedding DJ in Manchester or even a Wedding DJ in Cheshire, let me introduce myself.  I’m Dave “Double Decks”Bradley a fun, popular and well respected all round wedding and function DJ. I’m very well established and known in the North West of England, however, should I get called to work away, I can and will “have wage, will travel”.

I’m resident at three different venues and a regular visitor to many more generally in the Manchester and Cheshire area.

I adopted the name “Double Decks” back in the 80’s when I was still very much playing vinyl, before the onset of CD’s. In those days a twin or set of double decks were big and heavy pieces of equipment.

These days I happily spin the virtual wheels-of-steel via a laptop pc. Happily, it enables me to offer a much bigger music collection than any previous ones due to a massive hard drive, Oh Er Mrs!

I’m not a shrinking violet by any stretch of the imagination and love to get involved with the people I play to. It could be a wedding, birthday, anniversary or general party night. Whatever the event I try to interact as much as people would like. I’m quite vocal and you could say that I have the-gift-of-the-gab, but in the same respects, I know when to shut up and reel myself in.

I have many strings to my bow. I’m very experienced and quite proficient at each string as well.

I’m a proverbial “workaholic”. I can’t stay sat down for too long.

Through my job as a DJ I have been lucky enough to have the opportunity to be invited, involved and worked on a great many projects. These include bit parts in a few popular TV series. I’ve also appeared on a TV game-shows alongside internationally famous Donny Osmond. Through my charity work I have worked with some very well know TV presenters at a number of high profile charities and fundraising events.